Disclaimer: Forgive the coarse language, and remember these are my personal opinions. Your retaliation in defense of flower crowns is not what I’m looking for.

Ladies and gentlemen, welcome to a subject I am more opinionated about than almost anything in current women’s fashion. I can take a deep breath and let go when I see those hipster jorts strut by. I can center myself when I pass a metallic Chanel knock- off. But one thing I CANNOT be zen about is festival wear.

Good. Lord. Not only are the many disastrous components that make up popular festival wear horrid on their own, but the overall idea is terrible as well. I DO NOT claim to be any kind of music buff (I spent today listening to Dolly Parton for Christ’s sake) or experienced festival- goer. I did Sasquatch a couple of times back in 2009 & 2010, and of course the occasional bumbershoot and quad stock. Admittedly, I dressed terribly… and that’s ok. I was there because… GO AHEAD AND CALL ME PRETENTIOUS… I wanted to hear the music. I got sunburnt, didn’t wear makeup, and let my frizzy- ass natural afro hair do its thing while I didn’t shower for a whole weekend. And I couldn’t have had more fun. I got to see so many of my favorite artists and groups (Yeah Yeah Yeahs, Gogol Bordello, Bon Iver, Decemberists, Mayer Hawthorne, Deadmau5, Nine Inch Nails, Band of Horses, and MORE!) It was fabulous! Of course If I were to attend a Gorge event now, I would probably give a few more f*cks about my outfit than I did when I was 16 and ensemble-y challenged. But something about music festival “culture” has changed. Another admission I must make is that I do not listen to any type of EDM/techno/dance/dubstep/house/whatever the hell music. At all. Ever. I have no problem with it, I simply find that’s it’s not for me. From where I stand, it appears that so much of the music at festivals now is of this nature, and has started a whole new middle class, white kid, fashion culture (I guess replacing what were the early days of hipster-dom brought on by many of the bands I just listed above).

My point is, it appears that the culture surrounding this type of music has become more prevalent than the music itself. I find this very sad. But then again, if the only point of the music is to be a background noise to trip balls to, no surprise they come dressed like they’re ready for a rave, a drum circle, or a stripper pole.

And in this special little fashion tribe of current festival- goers, they’ve managed to put together some of the most truly infuriating (again, only my personal opinion) outfits I have ever seen. The enormous amount of effort and douche baggery put into looking just right at events such as Coachella, almost bastardizes the whole experience. There are whole blogs devoted to Coachella fashion, that make absolutely no mention of any music. People don’t even post cruddy, fuzzy photos of the bands on stage anymore- its selfles of them duck- facing & peace- signing with daisy chains and dip- dyed hair. While everyone strives to look as unique as possible with the exact same shredded shorts and feathery head nonsense, they end up looking like different messy pieces of the same horrible pie.

Now that I’ve gotten that out of the way, let’s take a look at a few of the offenders-

Vanessa Hudgens has definitely been a repeat offender the past couple years. I know a lot of girls worship her festival style, but I just… ughhhhhh.

BUT NOW I AM GOING TO BE NICE! Yay positivity! I’ve decided to share some festival- appropriate looks that I think could fit the bill, and not have us looking like the vomitous love child of American Apparel and Spencer’s Gifts. 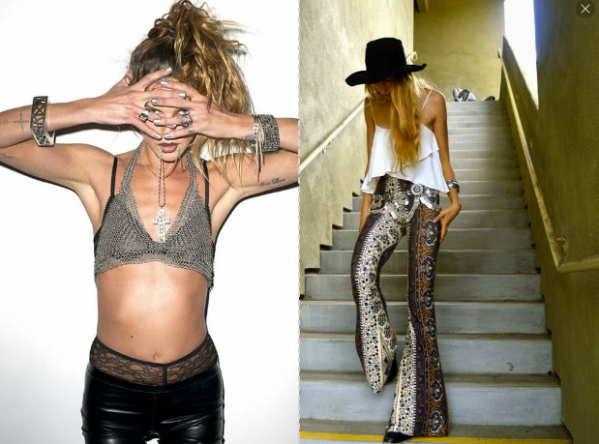 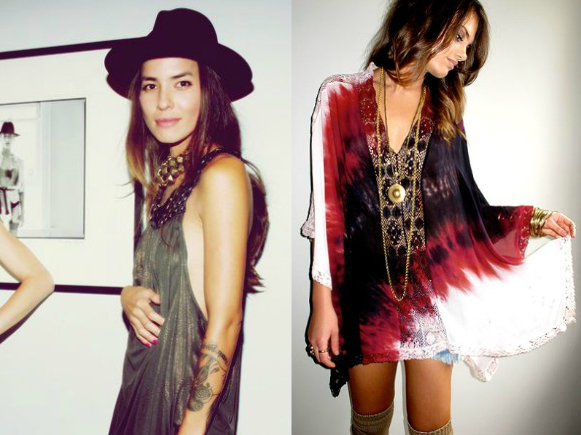 There are options! There are many ways in which the genre of festival wear could redeem itself in my eyes, and should I attend something in the near future, I definitely plan on implementing some of the above looks. I’ll instagram and douche- out with the best of ’em. I’ll just look better doing it 😉

What I’m listening to: